A few weeks ago, while I was tracking and debugging a system in which I’m currently working, the client told me that another part of the system was having troubles.

Suddenly, I’m on verge of close all the Vim’s buffer I’ve just opened because I need to switch branches meaning that I need a way to know in which files I was working before closing them.

Needless to say, it was hard to found those files and I even haven’t made a change in them (I have just found them) Additionally, is a huge project with a lot of micro projects so, at this point, I didn’t know in which project I was working (I know my mistake).

With this in mind, I have a couple of options to keep them. However, many of them implies to write the name of the files or services and to be honest I don’t want to maintain another file, at least not in that way.

In that moment, I remembered an unknown feature in Vim or at least the less used, which I barely know one or three people that already knew about it.

That feature is Sessions

If you read carefully, you might figure out the behavior of a session; if not, don’t be afraid and let me explain it you.

And a session is the same but for views i.e. a session keeps the Views for all windows with its settings and the global ones. When you save a session and restore it later, the window layout will looks the same. You can use this for quickly switch between different projects (or in my case, branches). With this, you can automatically load the files you were last working in that project (or branch).

But, How do I use it? Well, that’s one of the easies thing to do in Vim (weird, isn’t it?) Just need to run the next command and that’s all.

I must say that ones enclosed with braces ([]) are optionals including filename which by default is Session.vim 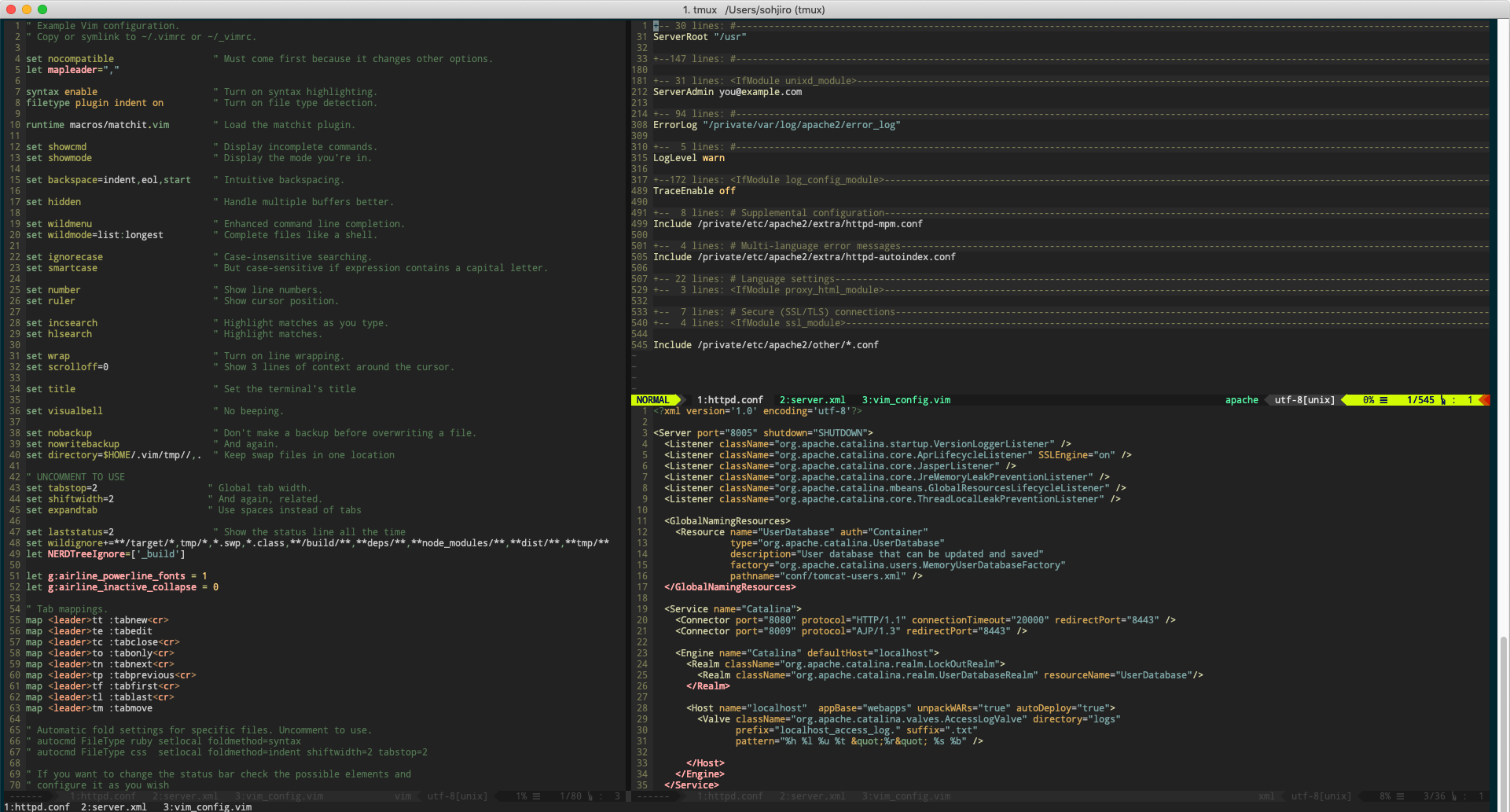 Well that’s awesome but, how do I load this session? Well, once you have created you should load when Vim starts with the following command.

And that’s all! Now you have the same files and layout just as before quitting Vim.

Through this post, we have learned a new feature that has shown to be pretty handy to deal with switching projects (or branches) Also we recap a little about buffers. Even though it’s a short post, I hope it can help you on your way to reveal the amazing features a tool like Vim has.

But for this post we are done. I hope you find it interesting and helpful. and as usual, If you have any comments or any doubts please let me know.

See you next time. Good luck and have fun!